Aside from being an awesome friend and comrade who we miss mightily – we also think he may just have been one of the truly greatest guitarists in the history of ever. So, so we wanted to share something special — Mike’s acoustic version of St. Stephen.

Everything that was wonderful about Mike’s guitar playing is on display here: his remarkably fluid rhythm, his little ad libs, the powerful approach he took even in the understated moments, and so many other ways he had that made it his. I played St.Stephen with Mike on a Vince Welnick tour, and let me tell you — it was different every night, but always true to the original. He really rocked it!

Technical note: This recording is not in the chronological order we’ve been following till now. But, what the hey! This is Native – the rules are only there so we can bend them.

The date of the recording doesn’t matter much, anyway. Mike would have sounded like this in any year that we’d have decided to put a microphone in front of him, said, “Play St. Stephen,” and hit the ‘record’.

The only variable would be in which form of primitive technology we were using to record. In this case, it was an early version of Protools. It was 2000, the milennium year. We’d just entered a new age of computer-based recording. It was like magic — and John Fitzwater, our soundman, was preparing to step into the role of Producer for our next record (the awesome, and little-heard And Then What).

As a shakedown cruise, it was decided it would be great to get Mike to do the legendary Grateful Dead song, unaccompanied. Just him and an acoustic guitar. Simples.

In fact, too simple. There’s only one microphone used, so Mike’s voice and the guitar are on the same track. So, like many of the rarites we’re pulling from the vault, it’s a flawed recording. But, it’s well worth hearing because it’s great, and it’s Mike Jaimes, and it’s his birthday. 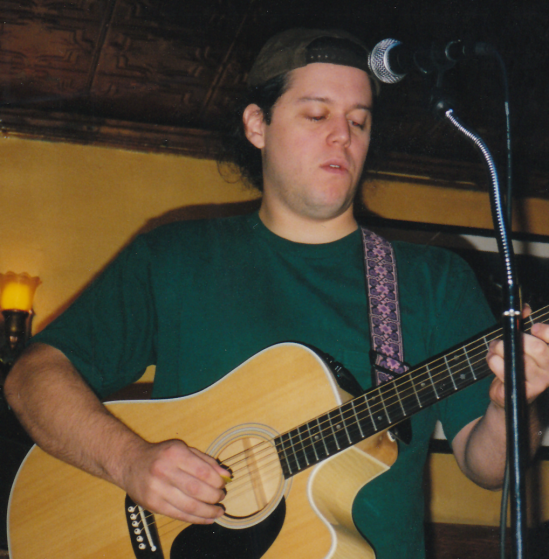 Happy birthday Mikey — we miss you so much!