In our last installment we saw Mike Jaimes and myself collaborating on Something Worth Remembering, a song that gave us the good idea to get a band together that could play it.

Meanwhile, I was playing in a band called Gods & Goddesses with Mat Hutt. 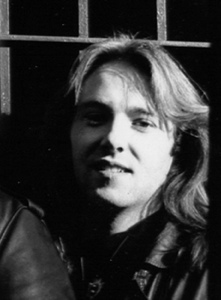 Mat was living downstairs from me at the Clinton Arms (or, ‘The Hippie Hotel, as we called it) on 99th Street. We had lots of mutual friends and musical influences, and I was chuffed when he got me into the band. But, before long, tensions formed within the group. Mat had lots of good musical ideas that were passed over, and quite unfairly, I thought. To my surprise, I got fired, despite Mat’s strong support, and then a couple of weeks later – he got fired. As we commiserated, I thought of Something Worth Remembering, then I thought of Mat’s demos. He had made a slew of recordings on his Tascam 8-track which were very good.

Mat, Mike, & I took the decision to talk to Matt Lyons, a bassist who played in yet another band I was in — the ever-fabulous Big Whiskey (featuring Pete Russell and Joel Buckley). Mike was the keyboardist in this group and we knew if Matt was our bassist, no matter what we did – it would have balls, big hairy balls. 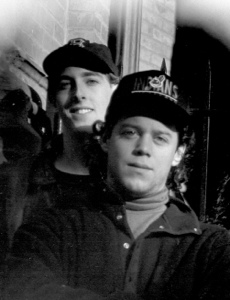 Meanwhile, John Wood lived across the hall from me at the Hippie Hotel, and was endeavoring to write & record songs on the most primitive set-up this side of Barney Rubble. It would be awhile before he became a factor in the band, but he was there at the inception, and stuck around for a very long time. From the beginning I loved his completely original compositions.

Next week, and every Wednesday till December (Cornbread Wednesdays – Yay!) I’ll be continuing the excavation of Native’s tape vault whereupon one Anthony Balsley enters the picture, and makes a lasting impact on the band.

Till then — Drinky Drinky, Smokey Smokey!